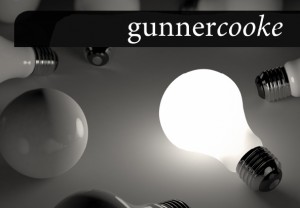 I am glad to inform that Claudia Font has joined our law firm Gunnercooke LLP to form part of the Spanish desk. Claudia is qualified in Spanish law and is registered to practice in both Spain and England. She is originally from Barcelona and will be based in the North West of England helping to consolidate what is probably the largest Spanish desk in the North of England. Myself and Claudia will also travel regularly to London to meet clients in the capital and provide services to UK clients both in the North and the South.

For further information on the team see below.

We are a full service legal firm, and our model is very simple:

Gunnercooke LLP is probably the only law firm in the North of England with two qualified Spanish lawyers able to advise individuals in respect of their assets and investments in Spain.

The Spanish desk at Gunnercooke LLP is formed by Antonio Guillen and Claudia Font. Both of them are qualified to practice Spanish law and duly registered with the Law Society of Barcelona, Spain as well as the Law Society and the Solicitors Regulation Authority in England and Wales.

Antonio and Claudia are primarily based in the North West but have clients from all around the UK and can therefore advise UK clients regardless of their location. They also hold regular meetings with clients in the South through our London office.

The Spanish legal services provided by the Spanish desk are the following:

Antonio Guillen is a dual qualified Spanish lawyer and English solicitor specialized in Spanish civil law, in particular property and probate matters in connection to assets in Spain. He gives regular lectures on Spanish law to UK solicitors, STEP practitioners and Notary Publics and is known as a point of reference for cross border probate matters between UK and Spain. Antonio is also the Honorary Consul for Spain in Manchester and helps the Spanish Consulate and Embassy with certain delegated tasks in respect of Spanish nationals living in the UK.

Claudia Font is qualified in Spain, member of the Barcelona Law Society and also authorized by the SRA to practice in England and Wales (Registered European Lawyer) with over 13 years of professional experience. She specializes in civil law (property, family, litigation and corporate law, in connection to matters of Spanish law). She is well experienced with the process of transferring Spanish assets after divorce proceedings with the British and international clients, as well as property and litigation.

Litigation is never an easy thing.

When I was a trainee lawyer in Spain, my boss, who was a walking enciclopedia and knew every single law in Spain, used to tell me:

“Antonio, it is always better to reach a bad settlement than entering into a long but good case in Court because litigation is, regardless of the outcome, always exhausting and some times frustrating”.

I always followed that advice and tried to settle where possible (provided that the client was happy with the settlement reached, of course) but sometimes a settlement is not possible because there is no intention to settle from the other party or simply because there is no money to settle. This is what happened with a development that I know quite well in Spain. The development was called Santa Ana del Monte in Jumilla and it was supposed to be a very interesting development with nice properties and golf courses until the recession put a halt on the construction and the developer had to file for administration, then eventually after 5 years of failed negotiations, liquidation.

When I say that I know the development quite well is because I had more than 100 clients who instructed me and a barrister litigator that we use in Spain called Emilio Lucas Marin (another very well versed lawyer who receives my admiration) to represent them in the insolvency procedure and try to get their money back. After 5 years of talks, legal writs, claims, appeals and some eventual sleepless nights the developer filed for liquidation and the clients were left with barely no chances to get their deposits back, deposits that ranged from 30,000 Euro to 100,000 Euro. We then explored a possibility that had been explored in only a few cases which consisted of issuing legal proceedings against the bank that had received the deposits. This kind of action could be taken on the basis that Spanish law 57/1968 seemed to state that when a bank receives the payment made by an individual towards the construction of an off-plan property, that bank could be held jointly liable if the developer does not supply a bank guarantee to guarantee the safety of that deposit. This is exactly what happened in Santa Ana del Monte. Purchasers paid their deposits into a bank account of a Spanish bank, the developer used the money and in most of the cases failed to secure the deposits with a bank guarantee. On this basis, we studied the possibility of taking action against the said bank. Other law firms did the same and others opted for issuing legal proceedings against all the banks that had provided bank guarantees for that developer in the past.  We decided to take action solely against whichever bank received the deposit in that particular case and it worked.

3 years down the line we have received more than 20 positive judgments where the Judge has ordered the bank to repay the deposit in full. Very often those judgments also order the bank to pay legal interest and legal costs. In other cases the Judge has been more prudent and not awarded legal fees but generally there is an order for payment of interests attached to the order for full refund.

We still have several clients who are litigating against the bank but looking at the current trend of Judges ruling in favour of the purchaser/client the odds are clearly in favour of the client.

What is the moral of this story? Well, first of all I still believe in the advice given by my first mentor in the legal profession. When dealing with a dispute always try to settle if possible. When this is not possible then litigate but make sure that you have sufficient legal grounds to win. And if by any chance you have paid a deposit for an off plan property and this was never built you may have a case against the bank that received your deposit. If that is your case, speak with a lawyer to see if you have a strong case against that bank as this may be your only chance of getting your money back.

In memory of Miguel Viladés (R.I.P), a superb lawyer and a gentleman who, together with his son Alberto, mentored me and initiated me into the legal profession.