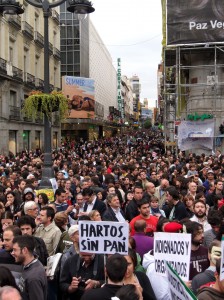 Given the increase of evictions and the drama that this carries to the Spanish society, a new Law (1-2013 14th May) has been launched in order to protect those who cannot pay the mortgage. The new law aims at helping those who, if provided with a longer time to improve their economic situation, will be able to recover financially and take control of their momentary financial distress.

The main novelty is the possibility to suspend the eviction procedure for a period of two years to give a breath of fresh air to these families.

Those who qualify for this specific measure are the vulnerable people who are in the parameters of special risk. These parameters are the following:

–          The mortgagor is unemployed and has no more estate benefits

–          The mortgagor is a victim of gender domestic violence

At the same time, the combined family income cannot be higher than 1,597.53 euro per month (which corresponds to three times the ´IPREM´, an economic indicator that is used in Spain as a guidance figure to grant benefits and aids).

The above is the special measure to suspend evictions for a period of 2 years but there are other measures that are worth noting and that apply to all types of mortgagors. For instance, the lender, generally a bank, will not be able to foreclose the mortgage unless the debtor or mortgagor is 3 or more months in mortgage arrears. In the past, the bank was entitled to foreclose the mortgage as soon as the mortgagor was 1 month in arrears. Now, the bank needs to wait until the mortgagor is 3 or more months behind with his mortgage. This measure applies to all type of mortgagors, those who qualify under the special risk parameters and those who don’t. Other changes included in this law are the limitation of the default interest and the improvement of the conditions at the point of auctioning the property in order to avoid situations where the property is sold in auction or repossessed and the mortgagor still owes the bank a very substantial amount of money.

At the same time, pursuant to the ruling from the European Union Court of Justice of the 14th March 2013 regarding abusive clauses in Spanish mortgage deeds, the Spanish Notaries are now entitled to warn and advise the mortgagors prior to the signing of a mortgage deed that contains abusive clauses. The judges are entitled as well to appreciate by themselves these abusive conditions in a foreclosure proceeding and declare them as abusive, suspending the eviction.

But how can this affect to non-residents such as the readers of this blog who are generally residents in the UK but have property in Spain? The special rights, such as those that allow stopping eviction proceedings, will not apply to non-residents as one of the main conditions is that the property affected constitutes the main residence of the mortgagor. However, some of the other improvements can benefit non-residents. This is the case of the abusive clauses detected by the Judge or the fact that the bank will not be able to foreclose on the mortgage until the mortgagor is 3 or more months in arrears.

Many people have criticized the new regulation stating that it is not sufficient to cover the needs of those who are in financial distress and in the verge of losing their houses. However, the success or failure of this new law will be determined in a few months’ time when checking the eviction ratios. If these go down, then the law will have been successful. If these continue at the same level or grow then clearly new measures will be required. My personal impression is that these measures are probably too shy and could have been more ambitious. There are many families that are in the verge of losing their main homes and for a pure matter of arithmetic or statistics will not fit in the criteria but there will be others who will benefit from this law and will get the necessary break to try to improve their circumstances and, hopefully, avoid eviction. This is better than nothing and any proposal in that respect should be welcomed with an optimistic mind. At the end of the day, this shows an intention to address a social and important problem in Spain’s society.