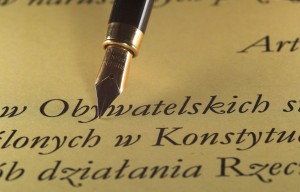 As one of the few Spanish lawyers living and practising in this country, I often come across international probate matters where the deceased had assets both in Spain and in the UK. In certain occasions, the deceased is a Spanish national who moved to the UK for work and ended up owning assets in this country but in the majority of cases the situation is the reverse; a British person moved to Spain (seeking sun and more gentle weather) and kept assets in both countries.

When the said person dies there is a probate procedure to be dealt in Spain but also in the UK. If there is a will for each country then great but quite often this is not the case and conflicts of international law start to arise. Last week I saw a case where an English national who died in Spain had a Spanish will, which was only applicable to the Spanish estate, but no English will at all. The Spanish will could not be applied to the UK assets as it clearly stated that it was solely restricted to Spain and therefore a partial intestacy procedure needs to be started in the UK in order to get what is called letters of administration.

The above scenario reminds me how convenient is to seek the advice of a professional who is qualified to deal with both jurisdictions or if this not possible, at least try to get separate advice from a Spanish lawyer and UK solicitor and, hopefully, get them to work together in order to ensure that both wills are in accordance and do not create any unnecessary problems in the future. In my opinion, many problems take place because there is no communication between the two different lawyers or because the wills are signed at different times and places. This can be avoided by appointing a law firm with solicitors of both jurisdictions or by simply asking the lawyers, if they are based in different countries, to liaise and work together.

As we say in Spain”más vale prevenir que curar” which means something like “it is better to be safe than sorry”.