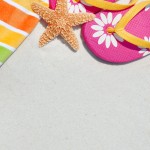 A year ago I was asked to write an article for The Manchester Law Society Messenger on the situation of the Spanish property market. In that article, I explained that the situation was pretty grim with property prices due to fall and more building companies and developers to bite the dust.

On 17th November, RR de Acuña & Asociados, a prestigious firm of property analysts, released its annual report which, as expected, continued to paint a worrying picture of the Spanish property market. According to the said firm of analysts, there is still a big difference in the property market between offer and demand. The current stock of properties in the market continues to be in the region of 1.5 million. This is extremely high compared to what the current demand requires.  If we consider that the annual demand in Spain is just for 240,000 to 280,000 properties, then is obvious that the current stock will need a minimum of 5 years to be absorbed.

The report confirms what most people already know: the Spanish property market will not show signs of recovery until at least 2015 and although some signs of recovery will be detected in certain areas by 2013, the general picture is that Spain’s property market as a whole will suffer a gradual fall with property prices falling a further 20% between now and 2015, reaching the values of 2003 and 2004.

With an unemployment rate of 20% and a credit crunch in line with most of continental Europe, Spain and, therefore, its property market will not recover until Europe recovers first, especially considering that Spain’s main economic engines are tourism, construction and the car industry, which largely depend on purchases from Europe.

Interestingly, the report also states that any person who wants to sell a property fairly quickly in Spain should reduce the price in 30%. Otherwise, that person will struggle to sell the property in a market saturated of properties as the Spanish one.

As forecasted in my previous article of a year ago, banks have become the new kings of the real estate market as they have been repossessing properties for the last 2 years and are now feeling the pressure to put those properties on the market and recover part of the losses crystallised with the repossession. Spanish developers will be unable to compete with the banks as the latter will offer their repossessed properties with a 100% finance in order to get rid of those properties and get better figures in their balances.

Bearing in mind the above, what should a British purchaser do? If someone is cash privileged, then there are plenty of opportunities out there. It would be better to avoid saturated coast resorts and look for properties in places with a strong demand from both locals and foreigners. Places like Barcelona, San Sebastian or Madrid can prove a wise investment if the price is right as they usually have a rental demand from locals and foreigners. However, many property owners in those areas have resisted making considerable reductions in prices and the British buyer will rarely see the same discounts that he or she could see in other areas of Spain. Those interested in buying a property in Spain need to bear in mind that Spain is a big country and the property market is not the same in every region. Although the majority of property prices will fall, expensive properties in privileged areas will hold their value better than the rest of the market so do not try to pull a 30% discount on every single property you fancy because you may end up upsetting the seller.

The only positive thing about this property crisis (if we can call it positive) is the selection process that is affecting most of the construction field. It is estimated that more than 40% of Spanish developers are in red numbers and should have filed for liquidation. Some of these developers are innocent victims of the times, but there are still a large number of developers that have not done their homework properly and its disappearance, although sad from an employment perspective for those employees working in those companies, will allow the sector to do its own natural selection process. Hopefully, those in the construction sector that resist the decline will avoid the excesses of the past and Spain will walk towards a more sustainable property market where the offer is not 5 times higher than the demand. But as we say in Spain ” el tiempo lo dirá” (time will tell).