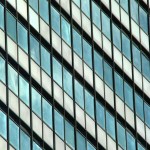 I have read in the Spanish press an interesting article that may bring some hope to those who have purchased a property off plan in Spain and found that the property was not entirely what they were promised.

The Judge in charge of Court number 2 in Bilbao has issued a Judgment against a developer who had breached three terms of the purchase agreement. It appears that the developer failed to deliver the property within the agreed time, it also delivered the property with defects in the finishing and more importantly, the property was more than 3 square metres smaller than what was promised.

The interesting thing about this judgment is that the purchasers proceeded to sue the developer after completing the purchase and the Judge awarded them with a compensation of €53,577 for the breach of the above terms of the contract. It must be pointed out that the property was handed out 2 years later and was worth the significant amount of €643,000 and therefore any shortfall in the property dimensions had to be taken in consideration.

This is not an isolated case as thousands of purchasers have been suffering massive delays in the completion of their off plan properties. The general approach from Spanish Judges is that in order to claim breach of contract the delay has to be significant, although there is no agreement as to what significant means. However, it is less normal to see Judgments awarding compensation to the purchasers because these have received a property with different specifications or much smaller than what was offered at the beginning. I am sure that this Judgment, which has been highly publicised, will encourage more purchasers of off plan properties to consider legal action in this type of situations but those purchasers should consider the pros and cons as the Spanish Justice system is currently collapsed with a very large amount of claims and therefore litigation may not always prove the best option.