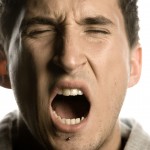 This week a Spanish national from Castilla but living in England for many years came to see me for advice on wills. In fact I was the second solicitor to be consulted. The other one recommended him, without taking into account his national law, to grant an English will and leave everything to the surviving spouse.  There is an attractive reason to do so and this is making use of the inheritance tax exemption between spouses. The idea may seem clever if we obviate a detail: my fellow countryman is the proud father of two children. Given the fact that under Spanish law his nationality determines the law governing his estate, the children are entitled to get what is called a forced share on the estate (legítima) which in this case equates to 2/3 of the estate.

English law gives to the testator freedom to dispose of his assets on his death. Spanish law, on the contrary, places some restrictions on the testator and therefore he is not free to dispose entirely of his estate and he has to ensure that certain beneficiaries such as children, spouses and, in certain cases, even parents receive their forced shares. The forced share is not a typical English legal concept. That is the reason why this concept may seem odd for a solicitor who is used to prepare English Wills for English clients. However, the origins of the forced shares are old. It is a concept developed in Roman law, but if we consider it from a sociological point of view it is clear that the forced share appeared in earlier societies to protect family welfare after the death of a relative.

A forced share is the right of the next of kin to receive freely a share of the deceased’s estate (unless they have been given this share by a previous gift). Although it may seem strange for an English person, this concept is very important in inheritance issues, not only inSpainbut in other countries.

Most of the legal systems based on Roman law have preserved this succession system. We can mention France, Germany or the countries which continued with Spanish law in South America. The forced share or “legítima” is not a controversial topic in Spain, but there are obviously different opinions about it. On one hand it has a good reason to exist: protecting the future of the descendants and the spouse. If we accept that the Laws should always safeguard the interests of the weakest parties, then forced heir-ship is a good idea that helps to avoid unfair situations. On the other hand it is clear that the forced shares restrict freedom to dispose and in the event of this Spanish person, in particular, it may affect his plans to protect his children from potential inheritance taxes.

Returning to the main subject of this article, in the end I informed the Spanish national that he had restrictions to his capacity to make a free will and recommended him to comply with Spanish law and therefore provide for the children’s rights in the will. If not, on his death his children could challenge the will and demand the mother and surviving spouse, the payment of their rights under Spanish law. This, which may be difficult to believe if you have a happy family, does happen in real life and as lawyers our obligation is to inform the client appropriately and try to avoid potential problems. The client’s will might not be as tax efficient as he wanted but at least is a legal will that complies with his national law. As a colleague of mine said the other day: you can’t always win!