WHAT WOULD AN EVENTUAL BREXIT MEAN FOR THOSE BRITISH THAT WANT TO BUY PROPERTY IN SPAIN?

How would it affect British people who own properties in Spain? And those who are in the process of buying them?

It is too early to know what is going to happen but the more immediate effect is the depreciation of the sterling pound. If you already own property in Spain then no need to panic and as the old saying states: Keep calm and carry on!

If you are planning to buy a property in Spain or have fallen in love with a specific villa and do not want to wait until there is more certainty about the future of the UK in the European Union, you can compensate the depreciation of the sterling pound with some measures. Below you will see some examples:

These are just a few recommendations. Obviously, don´t forget to instruct an independent lawyer for your purchase. Whether is Antonio Guillen and Claudia Font at Gunnercooke LLP (or another lawyer) do not make the mistake of using a lawyer recommended by an estate agent or the seller because that could lead to a conflict of interest and eventually to a problem.

This week let me talk about the new branding at the firm where I worked: DWF LLP.

For those who don’t know the firm, DWF LLP is a top 40 law firm with offices in Birmingham, Leeds, Liverpool, London, Manchester, Newcastle and Preston. The firm has grown considerably in recent years and such growth requires a proper branding.

The firm has now chosen a navigator concept, see above, to reflect how the firm combines excellent commercial guidance with a straightforward approachable style.  The firm looked into the best possible way to interpret this concept and came with this icon. It is inspired by the degree symbol and provides a visual link between the navigator concept and the circular “d” in our existing logo. It also reflects the added value of looking at things from every angle, taking a 360-degree approach and maintaining a clear focus in everything we do.

I don’t know what you think but I like the icon. It is innovative and it gives a clear message.

By the way, there has been some follow up to what I explained last week in my post. Santander’s initiative has now created some panick in the property market. There are some rumours that a massive discount in prices could force others to either match the prices or not get the properties sold. This could be quite bad for developers or other banks who cannot exceed certain margins in their properties. Things are moving quickly. Watch this space for more information. 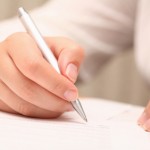