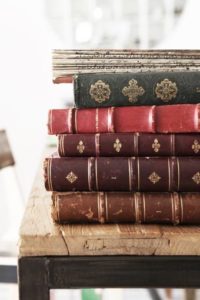 Most of my legal work relates to the administration of Spanish estates where the deceased and the beneficiaries are British. Very often the estate is comprised by a property and a bank account. In those cases, the lawyer acting for the beneficiaries and executors needs to gather the necessary documentation to produce a Deed of Inheritance that will be eventually signed in the presence of a Notary Public in Spain. This is compulsory when the estate had a property as the Land Registry will not update its records and change the title unless is provided with a Deed of Inheritance.

At the same time, there are other estates where the only asset of the deceased is a Spanish bank account.

In the UK closing the account and transferring the funds to the executors and beneficiaries is quite straightforward if the balance in the account is reasonable i.e below £20,000. In those cases, there is no need to produce a Grant of Probate or Administration. Unfortunately, the situation is as not as simple in Spain.

It does not matter how much is left in the account, whether there is 1000 or 100,000 Euro. In Spain the process is the same. The Spanish bank will want to see the following:

The above are the documents that most banks will request but this should not be taken as closed list as each bank acts differently. However, the key thing is that the cost of gathering the above documentation, specially if the lawyer involved is not familiar with cross-border estates between UK and Spain, can sometimes prove higher than the value of the account. In other circumstances, the value of the account will be much higher than the costs of closing it and therefore it will be worth proceeding.

As usual, a Spanish lawyer versed in this type of matters should be able to guide the executors and beneficiaries as to the best route and the costs associated.