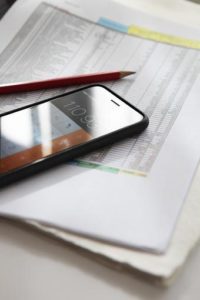 It is quite likely that you will have one or two clients with assets in Spain and when it is time to deal with their estates, the probate in Spain could be a source of uncertainty or a source of conflict if there is not a Spanish Will in place. We can help you and your clients to avoid delays when dealing with cross-border estates between UK- Spain.

As you are aware, the European Regulation on Succession (EU) No 650/2012 started to create effects on 17th August 2015 (its rules are applicable to the succession of persons who die on or after 17 August 2015). The EU Regulation was ratified by Spain but not by the United Kingdom. However, English nationals can still take advantage of one of its important points which is to opt for their national law in a Will.

In both circumstances, we would suggest drafting a Spanish Will along with the English Will. It will help your clients to avoid intestate successions in Spain which would turn the probate process in Spain time-consuming and complicated.

At that point, it is important that both you, as their advisor on the English side, and the Spanish lawyer, work collaboratively to ensure that the Spanish Will applies only to the Spanish assets by choosing the national law, and ensuring that none of the wills revokes each other.

A Notarial Will Signed in Spain, requires to be signed before a Notary Public, no witnesses are required and should preferably be drafted in two languages unless a translator is present. Finally, the Will should be registered with the Wills Registry, as in Spain, when a person dies we can ask for a last Will certificate that will show us when the last will was signed, before which Notary and in which date.

If your client opts to sign a Spanish Will in the UK, it should preferably be drafted in two languages, with one or two witnesses (depending if it is signed in England or Wales or in Scotland) and it should be preferably signed before a Public Notary and legalized with the apostille of The Hague Convention. Finally, the Will should be registered with the Wills Registry in Spain.

Does your client really need a Will specific for Spain? It is not compulsory but advisable. As mentioned above, it helps to avoid potential conflicts of law, allows to focus on the tax side of each jurisdiction, speeds the administration process, and last but not least avoids interpretation problems.

In terms of IHT in Spain (which is payable by the beneficiary, and not the estate), it should be noted that in Spain there are different tax laws applying depending on the location of the assets (Autonomous Regions).

If you have clients with assets in Spain we would strongly recommend them contacting a Spanish lawyer, with some knowledge of the laws in the UK, to advise on the different types of wills, tax consequences and practicalities of each will, specially now in the verge of an exit from the European Union.