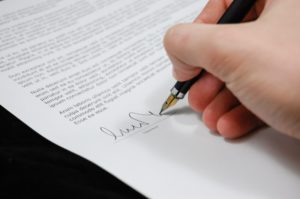 A new Spanish case Decision by the Director General of Notaries and Registrars in Spain (DGRN) has been issued on the 14th of September 2016 affecting Spanish Powers of Attorney signed abroad and therefore also those signed in the United Kingdom.

The said decision of the DGNR rejected the registration in Spain of a purchase transaction where a Spanish Power of Attorney signed before an English Notary Public had been granted. The reason for rejecting the registration of the document was that the Land Registrar considered the powers and faculties of the English Notary Public who notarised the Power of Attorney (POA) not sufficiently proved.

Under the aforementioned Decision, a foreign POA should have the same structure than the Spanish public documents. This means that the document should be signed by an authorized person with capacity to give faith and certify the identity of the donor/grantor and his/her capacity.

This Decision stated that the foreign POA should also mention that it will be legalized according to the relevant International rules. In the case of a POA signed in the UK, this means the legalisation of the document with the apostille of the Hague Convention.

The key point is to ensure on the document that the UK Notary public is giving sufficient warranties to the relevant Spanish authorities as to the capacity of the donor/grantor. From now on, a Spanish POA where the UK Notary Public is restricted to certifying the identity of a person will not be sufficient. A Judgment on capacity will also be required.

Do not hesitate to contact gunnercooke’s Spanish desk if you require further information or help with the signing and execution of a Spanish Power of Attorney in the UK.