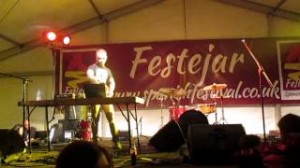 They say second parts are never as good as the first one but there are several examples that prove that saying wrong. The Godfather II was a much better than the first film. The same happened with Empire Strikes Back, Superman II and X-Men II. Hopefully we will be able to say the same about Festejar, the Spanish festival coming this weekend to Manchester for the second time. I am pretty sure that it will be better than last year, which incidentally was quite good.

See below a TV interview with some information on the Festival.