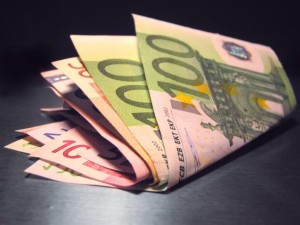 A REAL CASE OF A SUCCESFUL DACION EN PAGO

This is a real case that we saw in the office some months ago. For obvious reasons, no names will be mentioned. The important thing is what happened and how the matter was resolved. Let me explain what happened.

In year 2006 two friends bought a property in Spain in the peak of the market for the amount of 200.000 €. In that year, the housing prices were high due to the excessive demand and banks granted mortgages like bakers bake muffins: one after the other.

Spanish banks were happy to lend monies because property prices were continuously rising like there was no tomorrow. These two friends got a mortgage for 180.000 € and therefore only had to put 20,000 € from their own money plus another 20,000 for taxes and fees. Total investment into the property was 40,000 € and the rest was brought by the bank.

Not much later the real estate bubble bursted in Spain. Consequently, the housing market declined, housing demand plummeted drastically, the value of the properties decreased and people were not able to pay their mortgages. Banks repossessed the houses and they sold them out in auction; therefore, there were more properties in the market and prices decreased more and more.

In 2014 the two friends realised they could not face the payments of the mortgage and they stopped paying regularly. They also contacted our firm for advice. We informed them that there is an option for people like themselves who are prepared to surrender the keys to the bank and be freed of the mortgage. It is called “dación en pago” and it involves signing a deed whereby the property and title are handed to the bank in exchange of the redemption of the debt. It is not a great solution as it usually involves writing off any investment and money put on the property but at least allows the clients to clear their bad investment in Spain and start from scratch in the UK with no debts. These clients were prepared to take this route and therefore instructed us to talk to the bank and start negotiations.

We contacted the bank, explained our clients’ situation and pushed for a dación en pago. The bank came back to us saying that the value of the property was lower than the mortgage. There was a 30,000 € shortfall and this shortfall had to be paid somehow. In layman terms, the property was now worth 160,000 € and they still owed the bank 190,000 €. The bank wanted to recover the 30,000 € shortfall and the solution offered was that the dacion en pago would be accepted provided that the clients signed a personal loan for the remaining 30,000 €. This option was not entirely satisfactory to the clients but they were prepared to sign the loan if the conditions were affordable.

A few weeks later and while we were in the process of waiting for the bank’s proposal, a debt collection agency was appointed to deal with this matter. The property was valued again and we took the opportunity that a new person was dealing with the file to explore the possibility of a full dacion en pago. We are not sure if it was pure luck or persistency (I have got the feeling that their valuation came higher than they initially thought and probably saw the potential of the property) but the debt collectors accepted the offer of a full dacion and suggested a date for the signing of the dacion. This was excellent news for the client as a full dacion consisted in handing the keys and the title to the bank in exchange of the clearance of the debt. Exactly what they wanted. The only requirement placed by the bank was that the property was transferred up to date of taxes and management fees. These were paid by the clients and we proceeded to sign the necessary deed of dacion en pago which freed the clients from this burden.

It was not the best outcome as this meant losing any investment put into the property but clients got rid of a massive debt that was affecting their finances. Furthermore, clients were aware that if they defaulted in the mortgage, the bank would repossess the property and eventually come after them in the UK for any shortfall due (and believe me there is always a shortfall). A slightly happy ending to a bad story. Obviously not all stories are like this and not all property owners want to get rid of their properties in Spain. Most prefer to keep them and enjoy them during their holidays. Others prefer to let them and wait until the market recovers. However, for those where the mortgage is a burden, there is always this possibility. It is not the panacea but it could allow a person who is struggling financially to clear some debts and start from scratch as a new person with no debts.