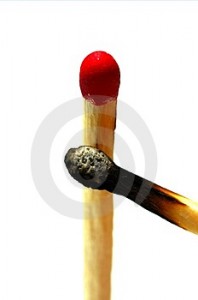 You may have heard about the terrible fire that affected the Costa del Sol last week. The fire started on August 30th at 7 pm somewhere between Coin and Mijas (Barranco Blanco area) and it spread towards other towns such as Marbella, Ojen, Monda.  The fire stretched out with a length of over 30 km among five municipalities: Alhaurín el Grande, Mijas, Coín, Ojén and Marbella. At least 5,000 people were evacuated and the body of a German national was found near Ojen.

The impact for the local flora and fauna, tourism and economy are difficult to predict at this stage. Now, in the aftermath, many affected people are wondering who is going to compensate them for the losses and damages suffered. According to “diario sur”, a local newspaper, the “Consorcio de Compensacion de seguros”, some sort of a Compensation fund that is funded by all insurance companies, will not compensate for any losses or damages. This means that any affected person will have to check his home insurance and see if this covers forestal fires. They will have to negotiate with their insurers and for those without any insurance their only hope will be that the Government declares the area as a catastrophic area, in which case there would be some compensations. However, in the current economic crisis, this option is not looking very feasible.

Those who live in Spain can visit one of the call centres that have been opened in Marbella, Mijas, Coin, Ojen and Alhaurin el Grande where they will be able to get some guidance with regards to their rights for a potential compensation. Those who have properties in the affected areas but live in the UK should ascertain whether their properties have been affected and if they have, they should check their home insurances in order to speak with their insurers.

I would not be surprised if some insurers adopt a negative approach to claims. However, the affected parties should not take a no for an answer and should consider seeking independent legal advice if in doubt.

I hope to be able to post more information on any developments shortly.

This article has been written in collaboration with www.spanish-lawyers.org

The photograph is provided by www.dreamstime.com