A debtor is always a debtor, both in Spain and in Britain. Whether is an outstanding invoice or a debtor who does not want to pay, the usual way to ensure payment is going through the legal route.  Sometimes matters can get more complicated if the creditor and the debtor live in different countries or the debtor has assets in another jurisdiction.

When it comes to Spain, some national laws have implemented an order for payment procedure called monitorio. The basic aim of this procedure is to avoid complex procedures when dealing with uncontested debt claims. The Court becomes a sort of intermediary which receives a form from the claimant asking the debtor to pay.  Then, it issues an order for payment which is sent to the debtor.  If the debt is uncontested, the order remains in force and becomes a judgement. If the debtor contests the claim, the matter will be examined in an ordinary Court hearing.

Today this procedure can be put into practice in cross-border cases within the European Union thanks to the EC Regulation 1896/2006. This Regulation applies to both Spain and Britain, and allows a prompt recognition of European orders for payment.

The advantages of the European order for payment procedure or monitorio are huge: it is a simple procedure, useful for international pecuniary claims and easy to put into practise. In fact, it can be used even by and against individuals.  For example: a creditor applies for a European order for payment. If the defendant does not contest the petition, this will become final. And this order will be recognized all around the European Union (except for Denmark).

So, how does the procedure work?

1. The creditor fills in a standard form which appears in the EC Regulation. This form is the same for all EU countries. There should not be any problems with the language and it is not necessary to attach any proofs of the debt (bills, invoices, etc).

2. After examining the form, the Court contacts the debtor and demands payment. Then the debtor has three options:

-He can pay, and therefore the procedure comes to an end.

-He can ignore it. Then after 30 days the European order will be enforced.

-Finally, he could contest the order. In that event, the next step will be a Court hearing (unless the claimant has discarded this possibility when filing the forms).

3. In the event of uncontested orders, the creditor will be able to enforce the order in the same country where the initial procedure was started or in any other country of the European Union where the debtor may have assets. For instance, lets imagine a chap called Joe Bloggs who is a British national but living inMarbella. He owes money to John Sixpack, who lives in Leeds. John Sixpack files for a European order for payment procedure at the Court which holds the specific jurisdiction according to European rules, which in this case could be Marbella. Joe Bloggs ignores the claim and eventually the order becomes enforceable. However, when trying to enforce the order, John Sixpack discovers that Joe Bloggs has a house  in Germany which is free of charges. John should be able to enforce the European Order in Germanywithout having to start a legal procedure from scratch.

This procedure can be very useful in cross-border matters within the European Union but as usual it is always convenient to speak with a lawyer and see the most suitable option for each case as the information contained in this article cannot be generically extrapolated to all kind of circumstances. 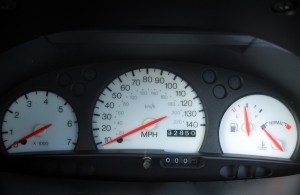 An unoccupied property is a lost opportunity to make money. After the summer, thousands of holiday apartments are vacant until the following holiday season. Many of the British who have purchased Spanish property are not using them for the rest of the year.  A good option for them is to rent them out. However, many are uncomfortable to commit to long term rentals due to the slowness of the Spanish eviction system.

Having a defaulter tenant in your holiday apartment can be a real nightmare as it could take you 1 year to evict him from the property. The Spanish Government is determined to improve the legal mechanism to warrant an efficient eviction system and has recently issued new laws which, between other points, are meant to speed the eviction procedure. The aim of the laws is to improve efficiency, avoid long term bureaucracy and increase the confidence in the legal system.

Since the enactment of new laws, the petitions are meant to be resolved in shorter periods of time. Less time should also mean less cost. In fact, eviction will now be possible even without any hearings.  A very simple petition to the Court will be sufficient. Once the petition has been admitted, the tenant will have two options:

A. He can object to the landlord’s petition. Then both landlord and tenant will be summoned to a hearing

B. He can ignore the proceedings, in which case he will be sentenced to evict the property and in certain cases, to pay the amounts owed.

To avoid unfair situations, the tenant will only be able to appeal the decision if he deposits the amounts owed in the Court’s escrow account.

The initiative is really positive to improve the rights of both landlords and tenants. Renting properties should be considered a worthy option.

Citizens in general will welcome the new laws, although its success will rely not only on theoretical law but in its practical implementation. Lets remember that good intentions and changes in law can prove fruitless if they do not come along with some improvements in the current bureaucratic system. 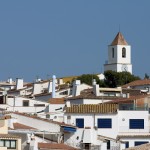 The Catalan Regional Government announced yesterday a new initiative to improve legal confidence in real estate. The initiative is mainly thought for foreigners who may buy properties in the coast. Although the specific measures have not been decided yet, it is important to improve protection to avoid the legal problems that we have all seen in the past.

There is an important reason to make the region attractive for potential purchasers and that is the huge stock of new housing that Spain accumulates since the beginning of the economic crisis. The building industry is almost collapsed and unemployment is the main worrying for Spanish population. The Mediterranean coast is full of new apartments and bungalows waiting to be sold. The local incomes have decreased and tourism continues to be a reliable economic sector.

Catalonia might be the first region inSpain developing a quality brand on the properties in the region. I am not sure how the Catalan Government will manage to implement it and more importantly how it will manage to keep a quality control over the sale of properties around the area but it is an interesting initiative that may boost confidence in the purchase of properties in that specific region. However, these measures may not be sufficient if the properties in Catalonia do not reduce their prices. There are wonderful places in Catalonia but some of them are not affordable to the average foreign purchaser. A combination of quality controls and more affordable prices could make Catalonia the new place to invest.