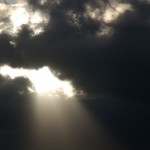 Recently and as a result of the sum of several factors such as the unstoppable fall of the sales of properties and an increase in mortgage defaults, Spanish banks have accumulated more than 150,000 million euros in property assets. Assets which, incidentally, the banks do not want but the truth is that since October 2008, the amount of acquired houses by banks has not decreased, quite the opposite, it has continued to grow.

However, the truth is that as result of excessive accumulation of assets by banks, the chances of banks accepting the “dación en pago” these days without an offer for sale for the property by a third party have declined.

Another strategy used by families in Spain to keep ahead and tackle debt is called “REUNIFICACIÓN DE DEUDAS”. It consists of clustering all sort of debts (including personal loans and mortgages) into a single mortgage, the monthly payments being refinanced and maturity dates being extended. This practice reduces the total monthly payments and restores the family’s or individual’s creditworthiness. The downside of this practice is that it would mean either re-mortgaging the property if there already was a mortgage in place or mortgaging the property if this was free of charges. For those without a property it would mean committing to a longer repayment plan with higher interests.

In my opinion the “dación en pago” and the “reunificación de deudas” are appropriate measures to keep afloat financially. In the case of the former, it would mean cancelling the mortgage and being able to start from scratch without debts. In the case of the latter, it would allow buying some time to make things work and hopefully be able to tackle the debt later on in a better position, mentally and financially.  These options prove much better than defaulting on debts, as this always implies legal consequences that stay with the debtor for years, whether this is bad creditor reports or the fear of being sued in Court.