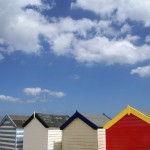 About two weeks ago I started a series of posts on the most common mistakes made when granting a Spanish Will. Now is time for another post.

In my previous post I made mention to the tax aspects of leaving the property or a share on a property to the surviving spouse. This time I want to talk about a mistake that is made after the signature of the Spanish will. I am talking about the granting of a Will in the UK.

Lets imagine the scenario. Mr Six-Pack grants a will in Spain and deals accordingly with his Spanish Estate. Fine, so far. Then he returns to the UK  and life goes on as normal. Around 5 years later he decides to change his UK will. He has had another child and wants to include the child in his UK Will. He then goes to a UK solicitor and grants a UK will where he deals with his estate in the UK. Unfortunately, he forgets to mention that he has a property in Spain and a Spanish will. The solicitor, unaware of the Spanish element, drafts the usual will which contains the following standard clause: I hereby revoke all my previous wills. Full stop. Nothing else is added. No clause saying “except those granted outside England and Wales”  for instance. By doing that, Mr Six-Pack is revoking his Spanish will. Obviously, this will not be discovered until Mr. Six-Pack has passed away and by then it will be too late to ask him if he really wanted to revoke the will.

The most likely interpretation of the said clause will be that Mr. Six-Pack did want to revoke his Spanish will and therefore any solicitor, based in UK or in Spain, who is in possession of both testaments will consider the Spanish, and any other will granted, revoked.

I have seen the above happening in more than one occassion. The name of the client was obvisouly not Mr Six-Pack and the casuistic is not necessarily the same but the truth is that the above happens quite often.

How to avoid it? Any person who has made a Spanish will should inform his solicitor to ensure that he does not revoke the Spanish will. At the same time, solicitors in the UK should always ask the question to their clients. In my firm we have a client questionnaire that is sent to the client prior to taking any instructions. The questionnaire always contains one paragraph where the client is asked on whether he/she has any assets abroad and whether a foreign will has been granted. This precaution can save the solicitor from more than one headache (and lawsuit). It also helps to ensure that the client’s wishes abroad for after his death are respected.