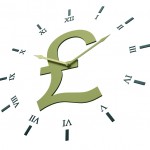 In December 2009, a new law, commonly known as “Express Eviction law” was put into place in Spain. The purpose of this law was to speed the tediously slow eviction procedure in Spain. The law was welcomed with many “hoorays” by residential landlords who were suffering the consequences of a slow eviction procedure. The truth is that the law was launched with the idea of protecting landlords against tenants well versed in the intricacies of the Spanish judicial system and more importantly to promote the rental of thousands of unoccupied properties that their owners, including developers, were afraid to let in case dodgy tenants settle their nest for more than a year, which is incidentally the average time that used to take to get rid of them.

A year has passed since the law was enacted and I must say that the balance is not very positive. The main reason is the current collapse of the Spanish Courts which are still inundated with a high volume of claims and lawsuits. It is true that the timescales for the initial hearings have been noticeably shortened and it now takes less than before to have your cause heard by the local Judge. However, the eviction procedure is still taking an average of 3 months to take place and this counter-balances any gains experienced with the speed of the first stage of the procedure. The conclusion is that Spanish landlords are still experiencing an average timescale of 7 months to evict the tenants. This has created the need to look for alternative solutions to minimise the impact that a defaulting tenant can create in someone’s finance. One of these measures is to submit the tenancy agreement to an Arbitrator. This clearly speeds the initial stages but there is still the need to go to the Court to enforce the decision if the tenant does not agree to leave once informed of the decision. Likewise, another solution is to protect the landlord from the losses suffered during the eviction procedure. The best way to do this is by signing an insurance policy that will cover up to more than 1 year rent as well as cover the legal fees.  This can prove a very advisable option for those who have mortgages to pay as the damages of an unoccupied property that is generating no income can be tremendous for the landlord.

If you are thinking about letting your Spanish property is always worth instructing a lawyer to draft a proper tenancy agreement and advice on the best ways to protect your situation. Do not let the estate agent draft the tenancy agreement as they are not qualified to advise on this type of matters and the damages can be much higher than if proper advice was obtained.