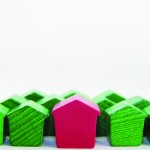 The Court of Appeal in Navarra issued on the 17th December of 2010 a Judgment that is raising hopes and expectations for home owners of Spanish properties that are today in mortgage arrears.

Any person entering into a Spanish mortgage responds with all his personal assets for the payment of that debt. This means that, contrarily to what happens in the USA, returning the keys back to the bank is not sufficient and the bank can pursue you for any shortfalls after repossessing or selling the property.

However, the recent Judgment from the Court of Appeal in Navarra has created a precedent that could benefit thousands of borrowers. The case is as follows: the debtor signed a Spanish mortgage in 2006 for a sum of €59,390, then re-mortgaged it and increased the loan in a further €11,865.39.  The loan was secured with a mortgage on the property and the bank valued the property for repossession purposes in €75,900. The debtor failed to meet the monthly payments and the bank issued legal proceedings to have the property sold in a public auction. As no one shown interest on the property, this was assigned to the bank for a value of €42,895.

It is interesting to note that in its decision, the Court of Appeal, considered that pursuing the debtor for further monies when the property was valued for this specific purpose for €75,900 was unnecessary as this amount was more than sufficient to cover the debt, interests and costs. The fact that the value of the property had declined since it was bought and the property assigned to the bank for just €42,895 was irrelevant to the Court. Finally, the Court commented on the banks’ responsibility in the current economic crisis, which came as an unexpected sign of solidarity with the people who are now struggling.

To summarise, this is a very brave decision from the Spanish Courts that can give some hope to those who purchased properties in Spain at inflated prices and find themselves in difficulties to pay the mortgage. Up until now, it was impossible to contest the bank’s rights but now it looks like there is some hope and even some legal grounds to defend some cases. As usual, each case is different and this decision cannot be extrapolated to all the cases. However, I am sure that the news will be welcome by many and looked with animosity by Spanish lenders.

I can’t wait to see how this evolves as this is not only an interesting news from a legal but also from a social and ethical point of view.