When the Spanish estate is not only made of properties 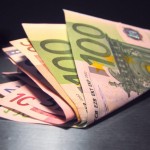 When inheriting assets in Spain, the first thing that comes to mind is property but the truth is that assets also involve bank accounts, shares and other type of properties such as a car or even a boat.

We have written various posts about the procedure of dealing with inheriting a residential property but not enough posts on a related matter like the money in the Spanish bank. These accounts are often used to pay utility bills and taxes related to the property. However, some people who have been living in Spain for long periods of time end up, understandably, gathering important amounts of money in the bank.

Whether you are dealing with an estate with both property and bank accounts or just a simple estate with a bank account, it will be necessary to contact the Bank in order to obtain a certificate showing the balance at the time of death. In certain regions of Spain, like the Balearic Islands, the bank will also provide you with a statement showing the transactions that took place in the 12 months before the death.

Banks generally will want to see the original death certificate, the certificate of last will and the last will of the deceased. Don’t be surprised if the bank only accepts to release information to a beneficiary or to a person that holds power of attorney from a beneficiary. This is also applicable to lawyers. Contrarily to what happens in the UK, where the solicitor’s word indicating that he/she is acting for the beneficiary or the personal representative is sufficient for the bank, the Spanish Banks will want to see a letter of authority or a power of attorney from the beneficiary to the lawyer. In certain occasions, the bank will only accept to release the information if the documentation is presented at his branch in person by the beneficiary or his lawyer! Finally, some banks will charge a fee for opening a “testamentary file” and producing the certificate, something that is clearly unfair and abusive and that should be challenged if demanded.

All the UK documentation, such as the death certificate, Grant of Probate and UK Will (if applicable) needs to be   translated by an Official Translator and legalised with The Hague Apostille to be valid in Spain.

Once the bank is informed about the deceased’s demise, the account will be frozen until the Inheritance Deed is signed and the Taxes paid. Once all this happens, the beneficiaries or the lawyer holding power of attorney will appear in person at the bank supplying the Inheritance Deed, the certification of the payment of the inheritance tax and they will sign a document agreeing the destination of the money, either transferring this directly to a UK bank account or keeping it in a Spanish account.

The above can seem complicated and the fact that each bank (and branch!) operates differently can make the whole procedure look far more complex than what it really is but in the end everything is down to providing the bank with the documentation requested and fulfilling its criteria so funds can be released as per the beneficiaries wishes.

A few days ago I wrote a post in connection to the property market in Barcelona and the increase of holiday apartments in the city.  The Catalan Government has recently regulated the holiday rentals market and now allows holiday rentals as long as the owners comply with certain obligations. Unfortunately, the situation is different in other touristic places such as the Balearic Islands or the Canary Islands where there are several restrictions to holiday rentals. Take the case of Mallorca, for example. In Mallorca it is only possible to let out for short periods of time dettach and semidettached houses. This leaves apartments and terrace houses outside of the regulation and therefore unable to be let out on a short term basis. There are some exceptions with some apartments but these usually involve the whole building counting with a touristic licence.

When it comes to deattached and semidettached houses in Mallorca, these can be let out for holidays as long as a touristic licence has been obtained and the owner has complied with the following requirements:

– File the necessary declaration of commencement of activity (DRIAT)

– Cleaning and maintenance services are provided

Having said that, what happens if the owner of an apartment in Mallorca or Menorca wants to let it out for short periods of time to different occupiers and he does not have a licence? Well, in that case it would be better to let it on a long term basis. The income might be lower but at least there will be no fines or penalties for breaching the law.

The above applies to the Balearic Islands but each region in Spain has different rules and therefore not all regions face the same restrictions. As always, it is advisable to do some research before embarking on buying a holiday apartment, specially if the ulitmate intention is to let it for holidays. 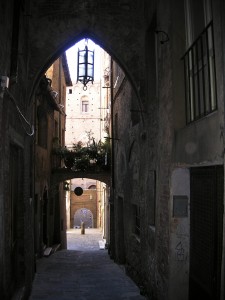 Barcelona is probably one of the most beautiful cities in Europe. Woody Allen tried to show it in his famous film “Vicky Cristina Barcelona” although he excesively focused on the usual landmarks and buildings, forgetting that there is beauty in many other places apart from the usual constructions from Gaudi. However, it still was a good marketing tool for the city.

Property wise, Barcelona has suffered like any other city in Spain. Property prices have fallen for the last 5 years although 2013 has brought some interesting news. According to the Real Estate website www.idealista.com , property prices in Barcelona fell by only 1%. This may look like bad news to most of you but the reality is that the forecast was for a fall of at least 7% to 8%. What has happneed then? La Vanguardia newspaper thinks that this reduction in the decline of prices is due to Foreign Buyers. In fact, the said newspaper estimates that 10% of those who buy in Barcelona are probably foreign, being Russians, Chinese and Indian the nationalities that are showing more interest in the city followed by the usual British, French and other Europeans.

One of the reasons for this increase in interest from non-European investors is the so called “Golden Visa” which grants immediate residency rights to any non-European investing more than 500,000 Euro in property in Spain. At the same time, many Foreigners look at Barcelona’s potential in the touristical rent market. The city is used for long weekend breaks, stag does, romantic breaks and many others and in most cases those travelling to Barcelona use touristical apartments rather than Hotels, being this type of accomodation an alternative with some relevant success.

So, what should you do if you are interested in buying a property in Barcelona? The first thing you should do is take a holiday in Barcelona and explore the city. Your budget and motives shoud vary depending on whether you are looking to buy a first home, a second home or an investment. Many Estate agents speak English and they should be able to point you in the right direction. Once you find a property that you like, the agent will probably ask you to pay a reservation of a few thousand euro or perhaps even a deposit. This is where the lawyer work starts and where you need to tell the agent that you will instruct your own lawyer for the transaction.  You will be told that there is no obligation to instruct a lawyer in Spain and that there is a professional called “Notary Public” who can prepare all the documentation. Yes, that is correct in a way but it is still very advisable to instruct your own lawyer in the same way that you would do in the UK.

The lawyer (abogado in Spanish and advocat in Catalan) will check all the documentation and advise you before you enter into any contracts. He will also carry out searches to check the planning situation and whether the property can be let out as a touristical apartment. You can find Spanish lawyers in Barcelona, of course, but also in the UK. It is up to you to decide which lawyer you want to use. Some investors prefer to use a Spanish lawyer based in the UK because they are regulated by the UK Law Society, others prefer to use someone local. The important thing is to instruct an independent Spanish lawyer and not to proceed with the purchase without independent advice.

Antonio Guillen is a dual qualified Spanish lawyer- English Solicitor from Barcelona who is currently practising in the UK.