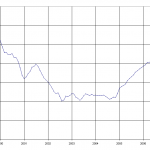 On the 3rd December 2010, the Spanish Parliament issued a new law that speeds and reduces the costs of setting up a Spanish Limited company.

The aforementioned law was a response to the current climate in which the raising unemployment rate has forced many Spaniards to become self-employed.

Up until December 2010 the costs for setting up a simple Spanish Limited Company were astronomical. The timescales involved were also too long as it used to take more than a month to set up a limited company.

The new law shortens the timescales involved to a quite satisfactory level more in line with other European countries. For instance, on applying for a name for the company, the “Registro Mercantil” (Spanish equivalent of the Companies House) will have to issue the name within 24 hours, allowing the Notary Public who prepares the Deed of Incorporation to have the deed ready in the following 24 hours. Once the Deed of Incorporation has been signed, the “Registro Mercantil” will get the deed registered in the following 3 days. The above means that the timescale to set up a Spanish Limited company has been shortened from 30 plus to 5 days.

The cost of setting up the company has also been noticeably reduced. It used to be in the region of 800 € but now a Spanish Company can be set up for only 100 €.

This is a clear advantage for entrepreneurs willing to set up their own company in Spain and this will incidentally help the currently damaged Spanish Economy as more business will be created. On the other hand, Notaries and Registrars from the Companies House are a little bit sceptical about whether these new measures will make any difference to the already tumbled Spanish Economy. I wonder whether these comments from Notaries and Registrars are genuine and honest comments or just a simple rant after seeing their fees cut dramatically. As we say in Spain “It does not rain for the taste of everyone” (No llueve a gusto de todos). 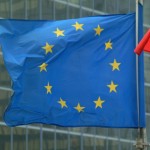 On the 10th February, the European Court of Justice issued an important Judgement in connection to the tax treatment to Charities within the UE in respect of Inheritance Tax.

The Judgement is a response to the current variety of regulations within the Union in connection to Inheritance taxes and more particularly to Charities. In this specific case, a Belgian national appointed a German Charity as heir of her estate. Belgium laws grant attractive tax allowances to charities in respect of assets acquired via an inheritance but this only applies to charities domiciled in Belgium or in the deceased’s country of domicile. This treatment is clearly unfair and the aforementioned Judgment stated that the Belgian laws contravene article 63 of the Treaty of the Functioning of the European Union, as this implies a restriction to the free movement of capital within the state members.

This Judgment is extremely positive because it implies that European charities inheriting assets in another state member can benefit of the same allowances as the equivalent resident charity would do. However, this is of little help with my beloved country of origin. As some of you may know, Spain makes no allowances to Spanish charities when inheriting assets. On the other hand, UK Charities are usually Inheritance Tax exempt. This means that any UK charity inheriting assets in Spain will be tax exempt in the UK but will face an Inheritance tax bill in Spain.

In light of this, it may not prove convenient to leave in a will a Spanish asset to a UK charity because the latter will be charged quite heavily. Furthermore, there might be some legal problems to transfer the title over the asset as Spanish law does not recognise trusts and most UK charities are formed through a Trust.

As usual, proper legal guidance is advisable prior to leaving an asset in Spain to a UK charity through a will as there might be more legal and tax efficient ways to transfer the assets to the desired beneficiary. 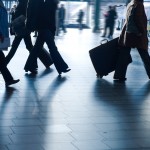